The case of Banksy’s Flower Thrower

The European Union Intellectual Property Office (EUIPO)’s cancellation division has invalidated the EU figurative trademark nr. 012575155 held by graffiti artist Banksy on his flower thrower artwork due to the trademark having been filed in bad faith (case nr. 33843 of 14 September 2020).

Full Colour Black, a British street-art greeting cards company that had been reproducing the flower-thrower mural on its cards – among others of Banksy’s most famous artworks – sought the invalidation of the trademark. The trademark had been registered in 2014 through Banksy’s legal representative and straw man, Pest Control Offices.

Banksy’s somewhat unconventional reliance on trademark law to protect his artwork portfolio seems to have taken a hit, with the EUIPO invalidating Banksy’s trademark. The EUIPO decided that the trademark had been filed without the intention of being used in commerce, and therefore failed to comply with EU trademark law’s requirement that trademarks are to be used in the course of trade. 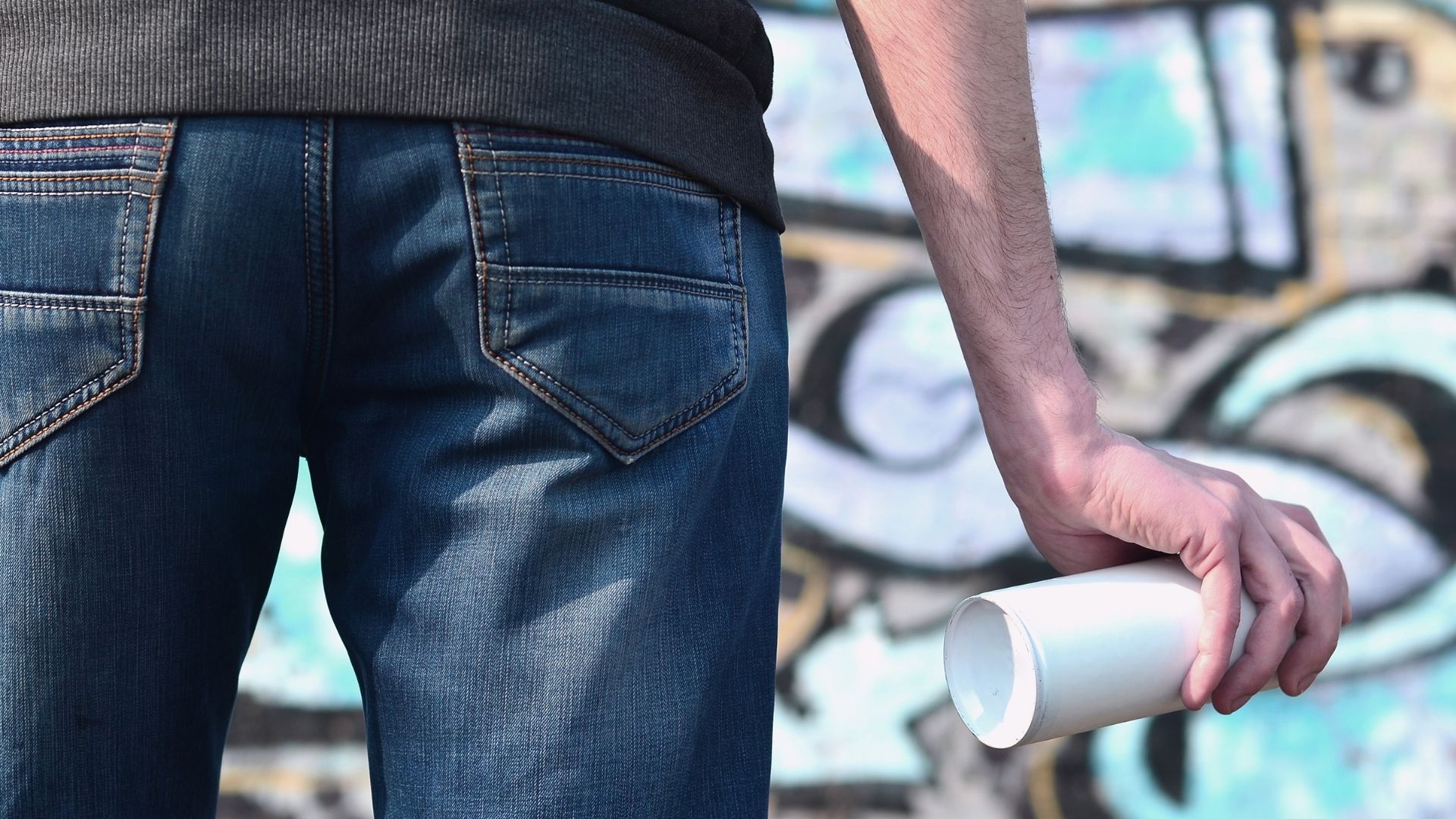 Banksy’s strategy to rely on trademark law to protect his ever-growing artworks portfolio can seem unusual and maybe even startling at first glance, since authors of artwork generally seek to enforce the intellectual property rights on their works through copyright law. This is so because copyright law is the protection mechanism par excellence for artworks.

Furthermore, copyright protection is obtained automatically as from the moment the artwork takes form, with no further formalities and lasts for up to 70 years after the death of the original author (or 70 years after the first publication for anonymous works under Belgian law). The “threshold” for copyright protection has been easily met in the present case, as Banksy’s flower thrower (i) has been fixed into a specific and concrete (artistic) form (mere ideas, no matter how original or novel, are not protected), and (ii) can be considered original, in the sense that it is the author’s own intellectual creation.

Banksy has, however, always been very vocal about making his art accessible to everyone. He encourages the public to use and reproduce his artworks endlessly, yet drawing the line where his art would serve commercial purposes. By relying on copyright law, Banksy could bar those who, such as Full Colour Black, decide to cross that line. This is so because during the entire period of protection, the author of a protected work has the exclusive right to control any and all acts of reproduction an exploitation of his work, including for commercial purposes. Nevertheless, copyright protection is subject to certain important limitations, which Banksy sought to circumvent by applying for an additional layer of protection in the form of a trademark.

In this case, it looks like the EUIPO has however closed that door to trademark protection for those artists who, just like Banksy, wish to effectively enforce their protection while also remaining anonymous. Copyright protection cannot, as of yet, be effectively enforced in all jurisdictions of the European Union when the author remains anonymous and cannot be clearly and legally identified as such.

No protection under trademark law

The sign must firstly have a distinctive character, in the sense that it enables the consumers to identify the origin of goods or services on the market and distinguish them from those provided by other market players. The sign must also be permissible in the sense that it must be authorised as a trademark (see absolute grounds of refusal above). Some signs will never qualify for protection under trademark law, for example because they are detrimental to public order and accepted principles of morality. On top of that, the sign must be available, meaning that it must not already have been registered as a trademark. This can be ensured by conducting a search through specialised trademarks databases to check whether similar/identical trademarks exist for similar/identical goods and/or services.

Once registered, protection is initially granted for a duration of ten years but can be extended for subsequent periods of five years for an – in theory – unlimited duration. This stands in stark contrast with the limited copyright protection, which will in any case expire 70 years after the death of the original author (or 70 years after its first publication of an anonymous work under Belgian law). Besides his wish for safeguard his anonymity, this unlimited protection might be one of the reasons why Banksy turned to trademark protection. It is any case an argument upheld by the EUIPO in its decision, the fact that the protection afforded by the trademark would lead to an unlimited monopolisation of a copyright.

Registration of the trademark, however, does not prevent it from being declared invalid. As such, in the present case Full Colour Black based itself on the absolute grounds for invalidity. Since these grounds aim to protect the general interest, the application for invalidity can be brought at any time and by any person, without the need to prove an interest in bringing the proceedings. Full Colour Black sought invalidation of Banksy’s trademark on the ground of a lack of distinctiveness of the sign and the artist’s bad faith, with the EUIPO exclusively shifting its focus on the examination of Banksy’s bad faith at the time of filing his trademark application.

As the EUIPO observed, there is no legal definition of the term “bad faith”, which must then be assessed at the hand of other factors, notably the applicant’s intention at the date of filing of the trademark application. The EUIPO recalled that the applicant of a trademark must have the intention to use the trademark at that date. Banksy himself had never actually marketed any goods under the registered trademark before Full Colour Black filed its application for invalidity, nor had Banksy taken any legal action against those who commercialised goods featuring the artist’s most famous artworks. Although Banksy did launch a (web)shop named Gross Domestic Product, he openly stated that he had done so as a result of the ongoing legal dispute for the sole purpose of proving he was in fact using his trademark to commercialise goods.

All these elements led the EUIPO to conclude that Banksy had no intention to genuinely use the sign as a trademark at the time of filing, but only used it to circumvent EU trademark law’s requirement that the sign be used in the course of trade, thereby obtaining an exclusive right for purposes other than those falling within the functions of a trademark (the EUIPO here referred to its Sky decision C-371/18).

Key takeaways from the EUIPO’s decision

The EUIPO’s decision acts as a strong reminder of the economic and inherently commercial function of a trademark. Trademark owners should genuinely use their trademarks in the course of trade in relation to the goods and services covered by the registration, or else suffer the consequences of their trademark invalidation.

It also acts as a reminder that intellectual property rights and the exclusive right (in this case, with respect to a sign) they grant their owner cannot be relied on interchangeably, without taking into account their basic purposes, depending on the “preferred” option for those seeking protection. The basic principles must remain those of freedom of trade and free competition.

The two-months’ time-limit to appeal the EUIPO’s decision has now expired, without Banksy or his legal representative having acted upon it, at least legally. Although maybe we should keep our eyes open for a more artistic statement.

All comments and analyses included in our blog posts are for information purposes only and do not amount to legal advice.

Should you have any query or wish to contact us, you can send us an email to info@beyond-lawfirm.com. We will get back to you as soon as possible!